Issues that need to be fixed in DDO

posted 10 months ago by dalu

This is a random list of things that are broken, inconvenient or buggy and need to be addressed and improved.

In game support is not helping

As a paying customer, paying a monthly subscription that includes in game support I have not once received help from their support staff. Over the course of 1 year I’ve created 8 tickets dealing with bugs of the game. Not ONCE has the in- or out of game support resolved any of my issues. Bugged quests, missing items, inability to send and receive mails or zone, nothing has been done to resolve the issues.

All that support ever does is saying something along the lines of “I can’t help you, closing ticket”.

If you select a category other than the general category you receive generic responses in relation to that category and the ticket is closed. No ability to respond.

The minimum response time to tickets is 3 days!

When you have an issue and click on the “Help” button a screen opens that is completely black. Then you have to wait and move your mouse over the newly opened in game window to randomly reveal tiny ticket management buttons. They don’t want you to create tickets. And when you go through all that you have to wait at least 3 days for a non-helpful response and ticket closure.

And btw it’s not my job as a player to report bugs. I create a ticket so YOU, the support person, who gets paid for that, creates bug reports. Idc if your game is buggy. If it’s too buggy I will stop playing and paying. Do your job.

Lag is still an issue

While they’ve been working on the lag issue and have worked on symptoms rather than the core issues - old and weak hardware and generally bad server side service design, lag is still an issue.

It has improved but it’s still not a lag free game experience.

At times you have lag spikes of 5 and more seconds, usually more like 10-20 seconds.

You’re being trained to click the [Yes] button when trying to loot named or bound to account or character on acquire. In certain high stress situations (Hardcore server, swarmed by mobs) but also in general you can make the mistake to click on the “re-roll loot” button and click on the [Yes] button. And why does that happen? Because the mouse cursor default to being placed over the “re-roll loot” button when a chest loot dialog opens.

This is by design and needs to change. The insidious line of thought that went into this. I’m pretty sure a not small percentage of astral shards (premium currency) spent are attributed to “accidental” re-roll clicks.

Playing at 4k resolution is possible but the UI elements are so small and tiny that you’ll either not be communicating with your fellow players or you’ll be playing face to monitor because you can’t read or see anything of the UI. Given that LOTRO has UI scaling (and poorly but better than none) it’s an enigma how DDO doesn’t.

When using the ship’s banquet to heal wounds and reclaim mana or eating bacon and/or broccoli in a tavern you have to remain in the location you ate in order to regain hp/mana. If you leave the ship or the tavern the heals stop ticking.

I spent 120€ on the super premium edition of the Feywild expansion. The already small amount of inventory space got filled up with 7 new loot items. When you have 80 inventory slots, that’s almost 10%. Cleaning that up leaves 3 inventory slots filled with items I paid 120€ for. This is a very bad deal. I won’t buy another expansion again because of this. Why would I spend money to have less than I had before?

Inventory space is too small

Place premium items from bought expansion in premium item tabs so they don’t clutter the inventory and can easily be accessed.

Bard Buff Song should be an PBAOE

The Bard’s buff song, inspire courage etc that Spellsinger Bards use to buff fellow group and raid members should be an AOE. 2 minutes of buffing on every new quest is not an acceptable waste of time. Every player I’ve asked and suggested this to agreed with it.

Not much to add there. Currently if you have astral shards they’re bound to server, they should be bound to account. It’s premium currency that costs real money.

Endless loading screens, failed zoning, just now I’ve logged in and tried to zone and receive a failed teleport message. This has to improve, dramatically.

The Feywild Muse, which had a short re-summon timer of 1-2 minutes now has a 5 minute re-summon timer. I didn’t pay 120+€ to get a premium item nerfed after purchase. They don’t seem to want to revert the change. In that case I will never be spening any money on this game again. You don’t fuck your premium customers.

Melee fighters and spell casters have no issue with this. Arrows and bolts you shoot often don’t connect to the target. This has nothing to do with “to hit”, but they don’t travel to their target to meet with them for the hit calculation to begin.

Secondary concerns are reducing the 4s delay of Precise Shot and removing the 20% damage reduction from Improved Precise Shot, an ability that requires not only 19 dex but also Precise Shot as a pre-requisite. IPS for artificers is completely useless. For Inquisitors, Rogues and Bow users it’s situational at best.

See also a video I support (minus the solo stuff). 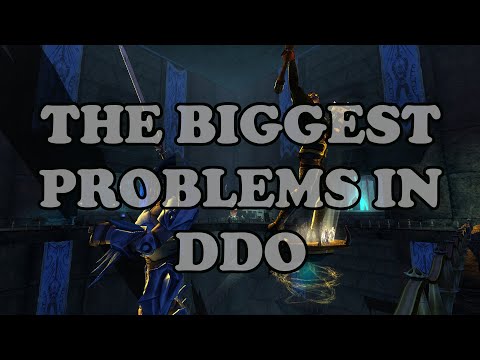